Someone Shot / Killed Near Butterfield Ranch 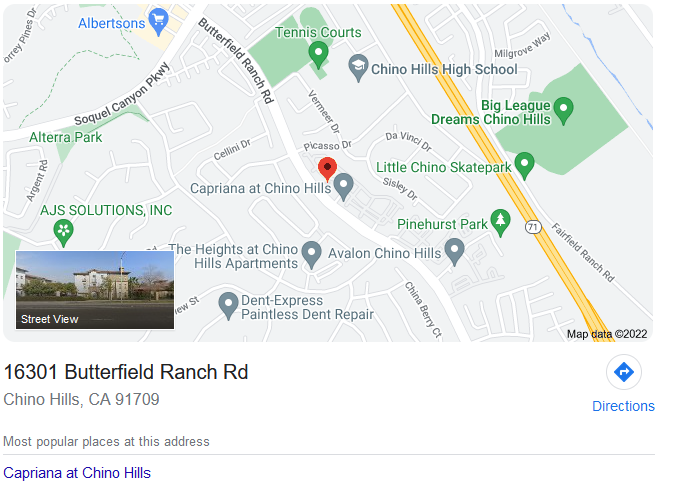 Several news outlets reported that a man was found shot near Butterfield Ranch on Monday. He was transported to the hospital and dies of his wounds. It is reported that they found him at 6:00 AM.

So far, those are the only details being released. The San Bernardino Sheriff’s Office indicated the address near where he was found as 16301 Butterfield Ranch Road on Facebook. They also stated that the scene was safe.

From the address, it appears that this happened near the apartments at Capriana.